An outstanding orthotist reaching his goal 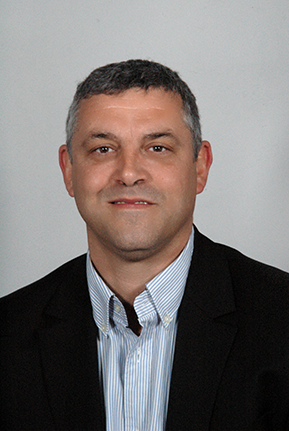 Hubert Droy, designer of the kinematic optimizer.
Hubert Droy is an orthotist sensitive to the needs of orthodontists. His ambition is to provide children greater comfort during their orthopedic treatment. Experience teaches us that some orthotic devices raise problems of intolerance for patients. Hubert Droy became involved in research into dental materials and launched a quest for a lighter, esthetic and effective mechanism.

A year later, his search bore fruit with the creation of a novel patented removable orthotic system: the Kinetic Optimizer. This orthodontic bite jumper is not only better tolerated by patients, but also delivers greater everyday efficacy.

His motto: : « Provide movement to children to allow them to grow! »

Hubert Droy, a former top-flight athlete keen to share his knowledge and skills, also devotes part of his professional activity to training other professionals in the Optimax system.  As a handball player, he represented several 1st division clubs – Ivry sur Seine (1997) and Chambéry (2001) – winning the French championship and the French Handball Cup in 1996. He is well know in the world of sport, designing the mouthguard for his friend Bertrand Gilles, who went on to be an olympic handball champion at the Beijing games in 2008.

To learn more about Global Optimax

Did you find apk for android? You can find new Free Android Games and apps.